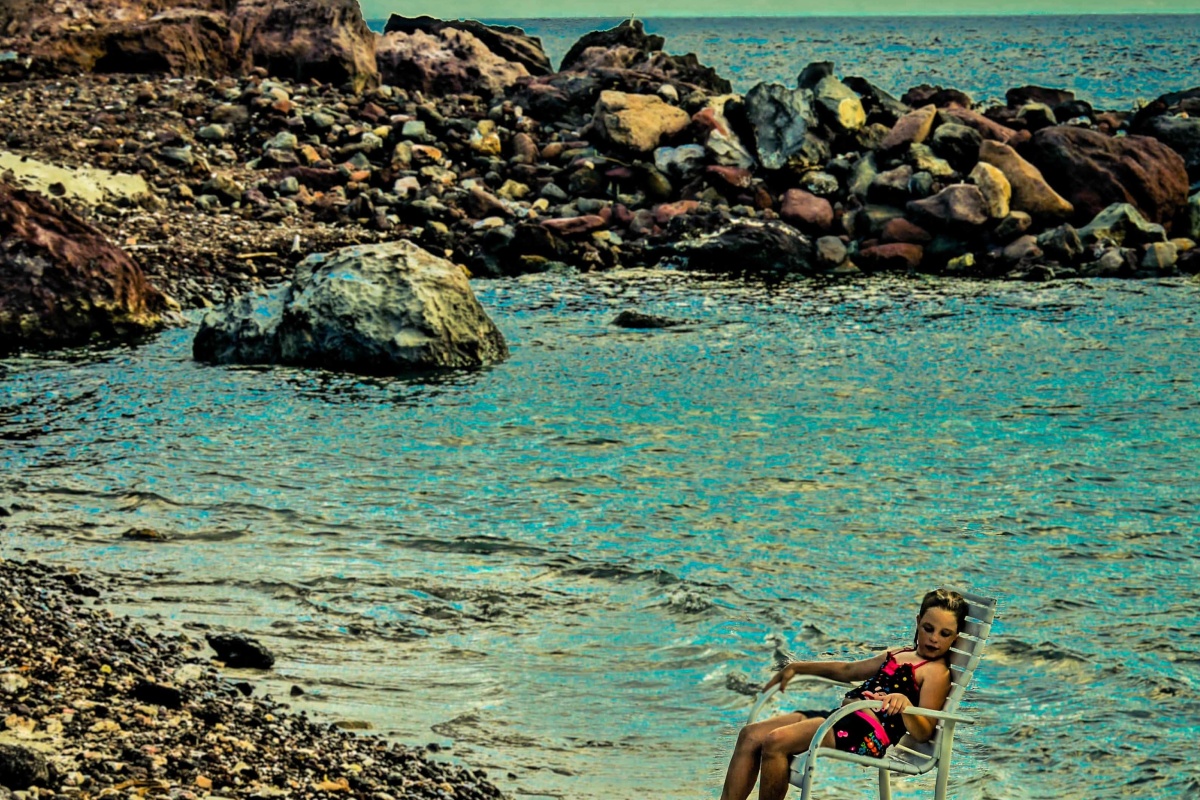 An oft stated semi-myth of Saba is that it has no beaches. In fact, this is a somewhat ambiguous statement, and depends on what might be defined as a “beach”. Down in Cove Bay, just below the airport and around the corner from the tidepools, large rocks have been hauled in to make a small pool-like breakwater, and some degree of artificial sand has also been shipped in, but the relentless weather means that the big rocks all around the sand are always visible. A truer definition of a persistent year round beach is at the Cave of Rum Bay, a picture I shared in an earlier blogpost,but the beach is inaccessible, except by boat (or a long swim around from Wells Bay). Wells Bay itself used to have a reappearing seasonal beach, but the increase in large swells battering the lee of the island over the past several years has locals generally pessimistic about whether that beach will reappear…ever. In the end, Mama Nature will do as she pleases.

In any case, families frolic on the Cove Bay beach area, and this little girl dragged her lawn chair out into the shallow water. She looks kinda winsome in this picture, but she’s probably just curious about some skittering nearby crab.

3 thoughts on “A Myth Of Saban Beaches”