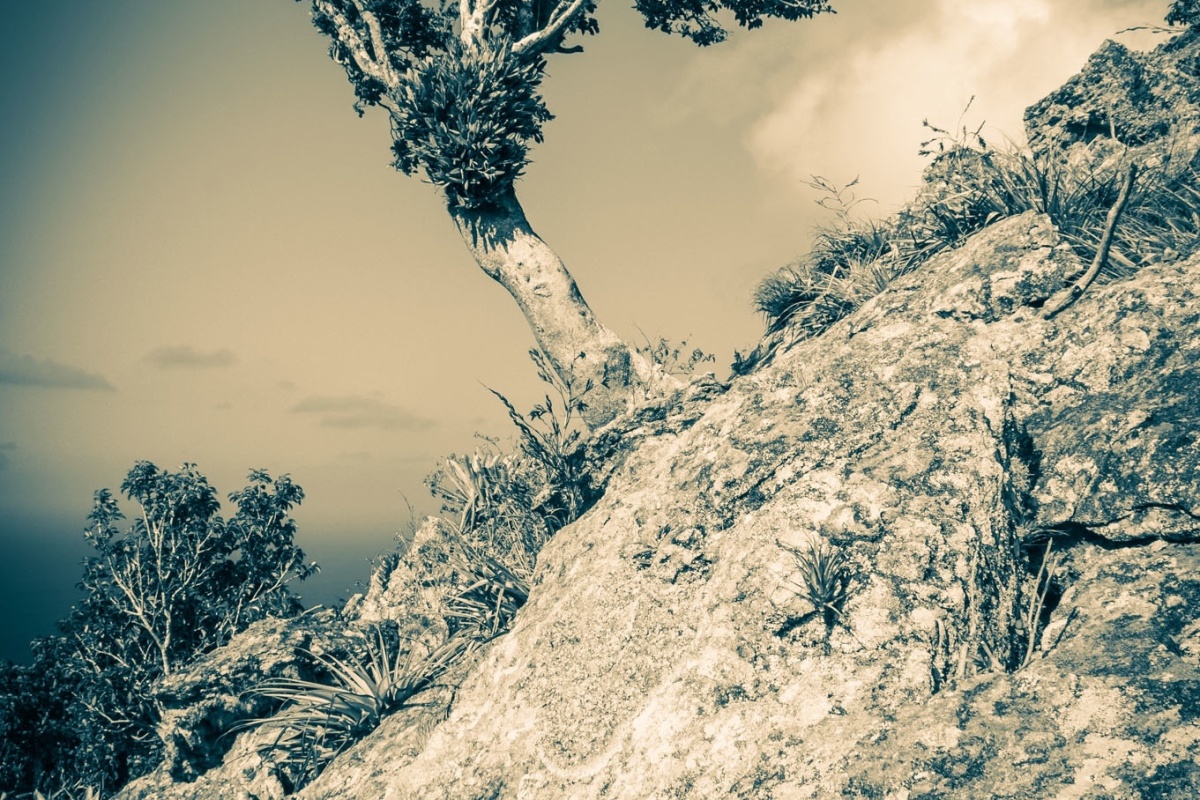 Bleeding Out On The Paris Hill Boulder Scramble

You may recall an earlier blogpost of the whale on Paris Hill, above the village of The Bottom. Today’s hike was to summit the hill and get up close and personal to said whale, but it proved to be anything but trivial. Indeed the hike up to the base of the whale was literally 12 minutes, but then it was a sheer, steep boulder scramble up sawtooth yucca and other cactus, that ended up taking an hour and a half. This rock climbing was easily comparable to the off trail route to Hot Springs (a no access trail) that Chef Michael from Brigadoon took me on a few weeks ago. Lots of route calculating as far as where my feet were going and where I was going to get handholds on the volcanic rock. In the end, it was worth it, as I snapped lots of pictures from the dramatic views up there. I managed to make it to the tail, called Tent Rock, but I just didn’t have the huevos to haul my fat butt up that sheer red face with 1400 foot dropoffs to the cliffs and bay below. Maybe another day. The yucca and cacti took a bloody chunk out of my legs on the way down; I’ll wear long pants next time I’m up here.

Another fantastic morning on Saba!

One thought on “Mellow Dramatic Tree On Gay Paree”